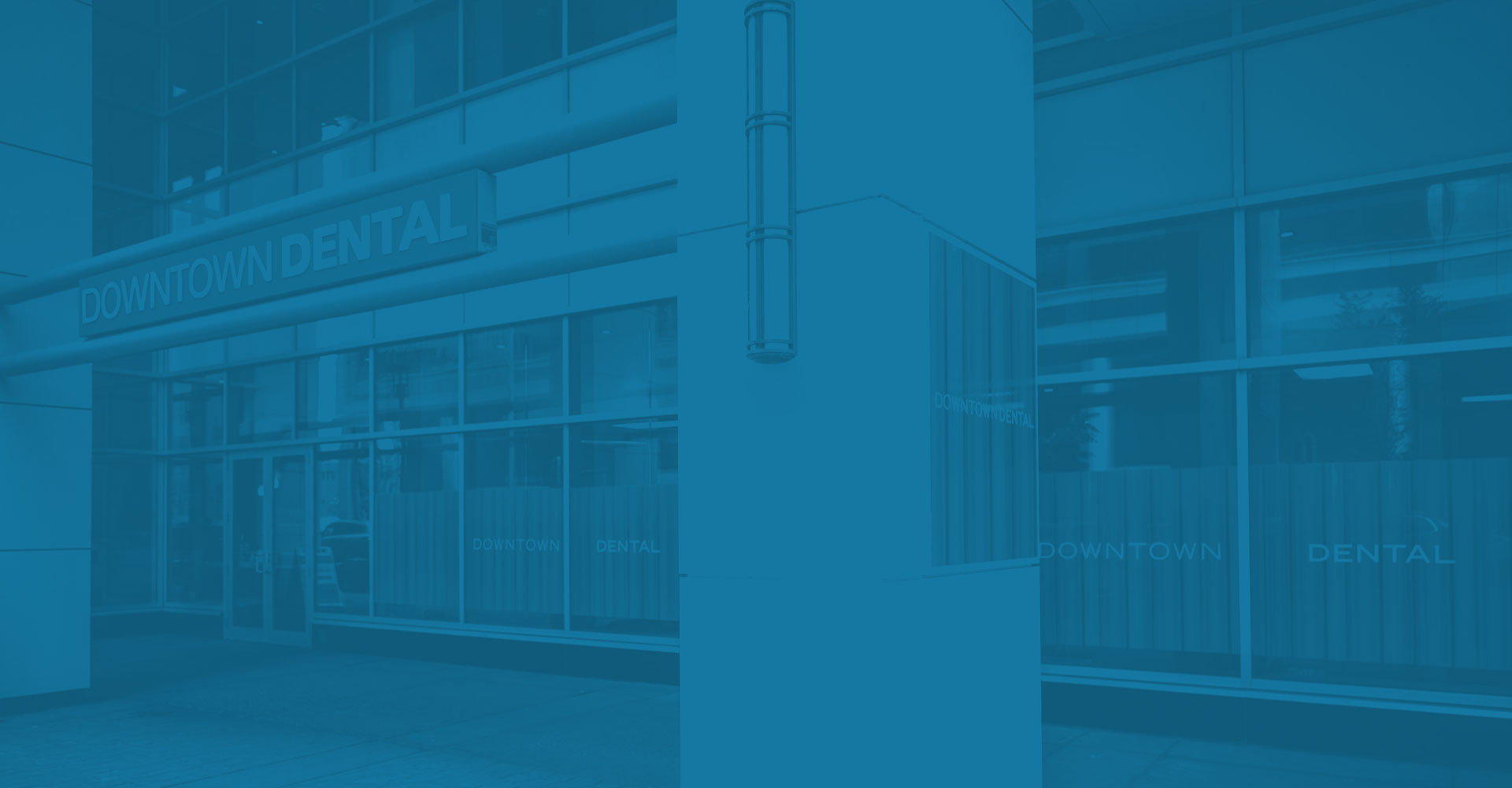 Diagnosing bruxism is challenging because it occurs while we sleep. Many individuals are not aware they have a problem until they notice damage to their teeth and mouth. Frequent clenching and grinding of the teeth can wear down the enamel and shape of your teeth. It can also cause damage to your bite. The results can range from heightened teeth sensitivity to needing a crown to build up a worn-down tooth. Regular dental check-ups are essential for overall oral health and to catch the signs of bruxism before the damage is done. Our dentists pay close attention to your teeth and note any gradual differences in your bite that may indicate bruxism.

Bruxism is commonly referred to as “teeth grinding,” but it encompasses various involuntary jaw and teeth movements while sleeping, such as clenching and gnashing. If you sleep next to someone with bruxism, you’ll notice their mouth make chewing-like movements, and you’ll hear a grinding sound of their teeth. Mild cases of bruxism are generally left untreated, but strong cases can lead to a host of oral health problems and can cause chronic discomfort or aching in the jaw and neck muscles.

What Are the Causes of Bruxism?

Bruxism is most common in children, teenagers, and young adults. Bruxism can start as early as the toddler years when children have all their baby teeth. The frequency of bruxism tends to dwindle as we get older. While the exact causes of bruxism are not fully understood, correlations have been made between jaw clenching and high levels of stress and anxiety. Patients who suffer from bruxism are more likely to experience other sleep disorders as well. Some studies have also shown there may be links with genetics, smoking, and alcohol consumption.

How Do I Know If I Suffer from Bruxism?

Most individuals don’t learn about their bruxism until someone else tells them they are grinding their teeth at night. Some individuals only learn about their bruxism once their dentist notices the wear and tear on their teeth. Aside from the long-term damage bruxism can cause to your teeth, other signs that you might be clenching or grinding more than usual during your sleep is if you frequently wake up with a headache and pain in your neck, jaw, and shoulders. Other signs of bruxism include interrupted sleep, sensitive teeth, tooth pain, and a locked jaw. 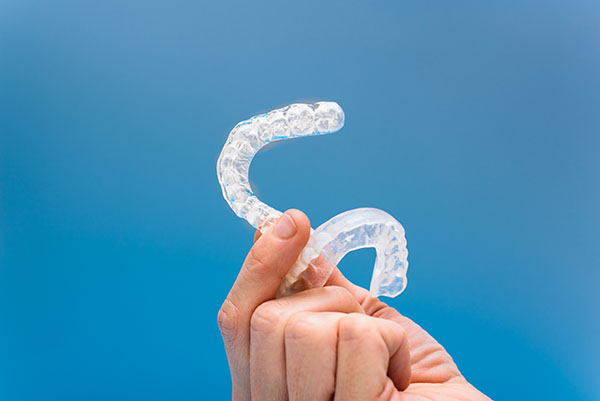 How Can I Prevent Bruxism?

The exact causes of bruxism are unknown, and therefore, a complete “cure” does not exist. However, there is an effective measure that our dentists will recommend to help protect your teeth while you sleep: night guards. A custom-fitted night guard is designed to comfortably fit your mouth and create a gentle barrier between your upper and lower sets of teeth. Night guards can be fitted to either your upper or lower teeth. Their personalized fit helps position your jaw into a relaxed state while you sleep. In addition to night guards, individuals who experience bruxism can pursue relaxation methods and anti-stress strategies to help reduce teeth grinding and jaw clenching.

How Does a Night Guard Protect Teeth?

A dentist-issued night guard is very different from a typical mouth guard you would purchase off the shelf at your local pharmacy. A dental night guard, such as the type recommended to mitigate the effects of bruxism, is custom-fitted to your unique mouth shape. Your dentist will take impressions of your teeth and gums to capture the exact shape of your mouth. Then, your personalized night guard will then be created from your mold. It may take a couple of weeks to receive your night guard, but you will notice a big difference compared to the generic versions.

How to Care for a Night Guard

Once you have your custom-fitted night guard we recommend a regular cleaning routine to make them last longer and keep your teeth healthy. To prevent plaque build-up overnight, we recommend always brushing your teeth before wearing your night guard, followed by a thorough brushing of your night guard in the morning before storing it securely in its case. Dentist-issue night guards are made from medial plastic and will last several years when cared for properly. Many dental insurance plans will cover the cost of a night guard. Ask your dentist for more information or check your policy for details.

Request a Consultation
We Are Open! Covid Safety.

We want you to know that we are open and observing Covid-19 safety protocols. Patient health and safety is our #1 priority, and we use personal protective equipment for all our staff to serve you in a safe and healthy environment.

If you have missed or had to cancel your dental hygiene appointment or had to delay any treatment plans due to COVID-19, now is a good time to book your next appointment.

Please call or email us if you require an appointment.